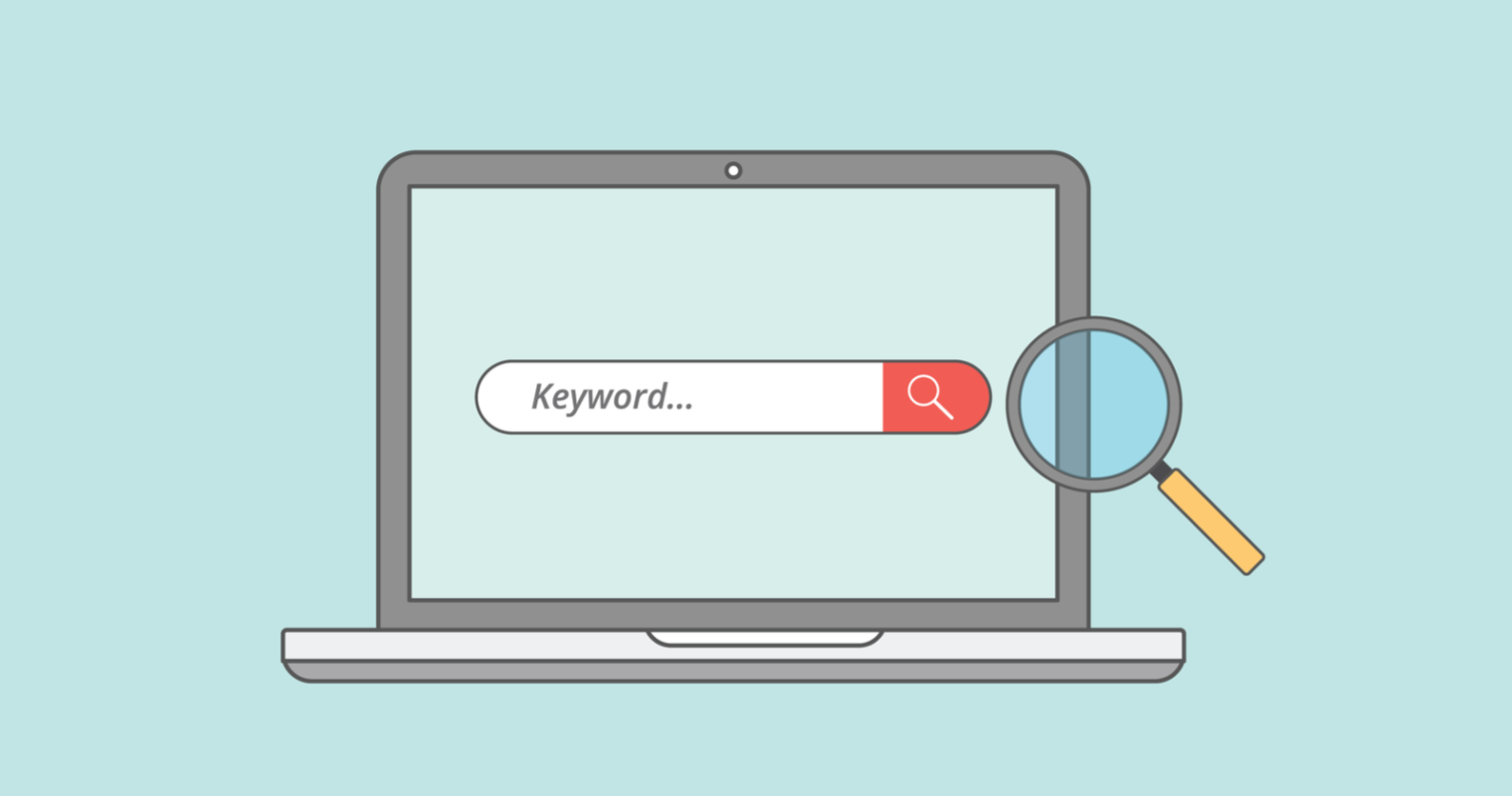 Time is the longest distance between two places and good things come to those who wait. Here are two examples that describe the importance of time. But as an ASO Practitioner, nobody needs to tell you about how important time is.

You are constantly checking the performance of keywords, comparing the results for specific dates, and trying to figure out the best and worst-performing keywords. For a solid decision-making process, report preparation is a must. But it sure takes time and probably 60% of your time is being spent on this process.

With better time management there comes success and unfortunately, preparing reports manually is not the best way to do it. Especially, while you can create the report you need in seconds.

Let’s see how easy and efficient it is to prepare reports with our ASO Report feature.

Another lucky day for you, our beloved readers. You are the ASO Manager of this article and you are going to prepare a report about “Faladdin”. But don’t worry our ASO Report will do the job for you.

This is the current visibility score of this app but you want to see the improvement. Is it increased or decreased? If so, what caused the change?

While the visibility score was 78.94 on June 14, 2021, it jumped to 79.68 on June 18, 2021. So now, you know it has increased. Not a dramatic increase at first glance however, if you look closely, they began to rank for extra 180 keywords. Moreover, for 57 of them, Faladdin began ranking in the top ten right after the update. New keywords that you get ranked in the top ten results will increase your app downloads. So 1 point of an increase in your visibility score can cause a huge difference.

So let’s see what they changed to improve their visibility. All we have to do is to click on the blue icon referring to the update. And we will land on the App Update Timeline page.

As you can see below, Faladdin changed its app name, subtitle, and its screenshots. So, this explains where the new keywords came from, right? The changes in app titles and subtitles directly affect your visibility in the app stores. That is why optimizing them is crucial.

Previously they were using the “The Fortune Teller” keyword in the app title and “Horoscope, Tarot Reading” keywords in the subtitle. However, they switched up the places of these keywords with the update. And, it actually paid off.

App Store Optimization requires a lot of testing. But happenstance testing won’t get you anywhere. Instead, you should make data-driven tests to efficiently optimize your visibility.

Your Creative Assets won’t increase your rankings but as you know they are an indispensable part of ASO due to their impact on conversion rates.

Faladdin, with their update on July 16, 2021, chose to change its screenshot set for both iPhone and iPad. 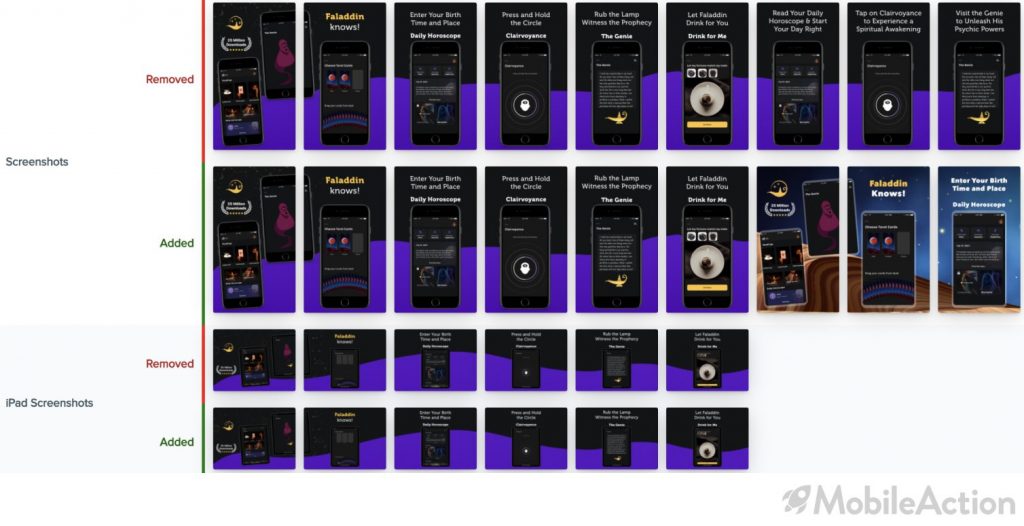 As you can see above, they kept the first six screenshots but replaced the last three. The previous set was explaining its features clearly but it was a little dull for convincing users. Hence, Faladdin improved the background in the hope of better conversions.

And the blue starry night in the background fits better to a fortune-telling app, don’t you think?

ASO Report Covers Everything You Need

So far in the ASO Report, you have seen what Faladdin changed. Now, let’s see what their actions changed in the App Store.

But on the other hand, it conducted an increase for other keywords.

With our ASO Report feature, you can select and compare dates, filter search scores, and rankings, and see the best and worst-performing keywords in an instant. The report can easily be exported with CSV Export to use in more in-depth analysis.

Monitoring your rankings frequently and in a structured way can be time-consuming. With our ASO Report, you can instantly cut down on manual work and start focusing on things that actually matter.

You can start a free trial now and start thinking about what you will do with all your free time once you start using ASO Report.
___
by Talip Sencan
source: MobileAction