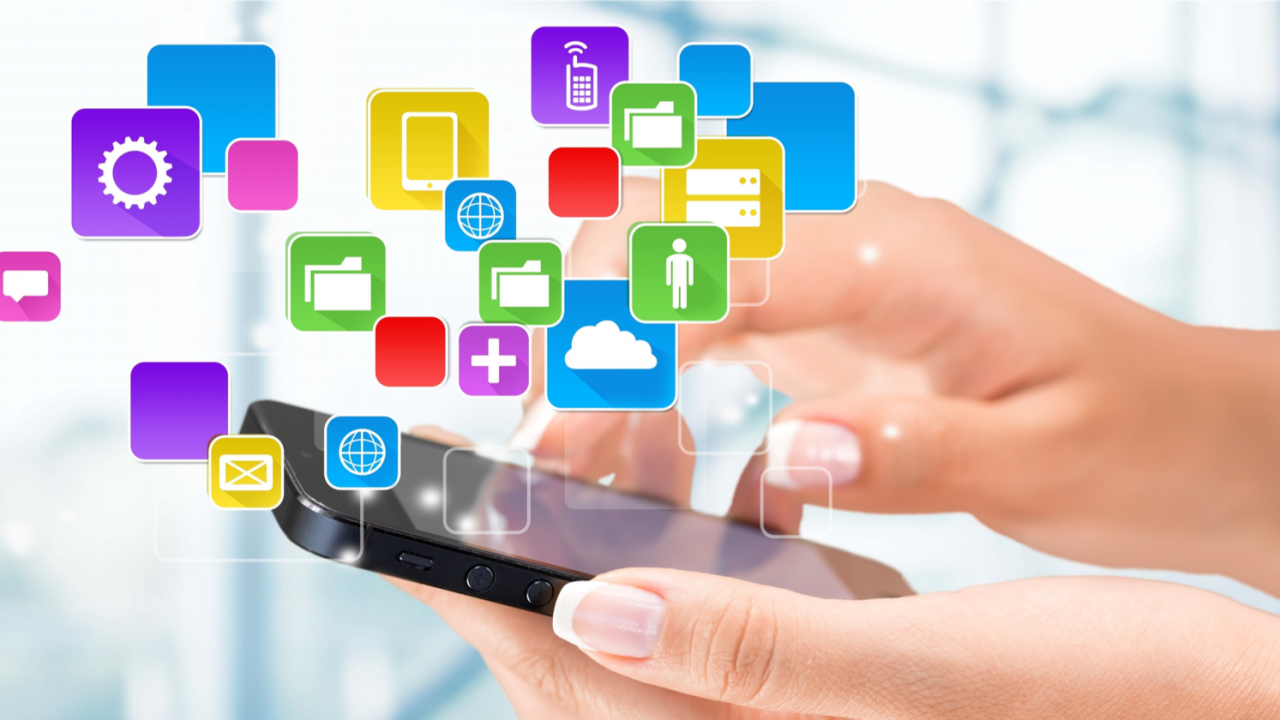 App Store Optimization has a quite wide scope and requires know-how in different areas.

For example, you need to have a bit of creativity and knowledge to succeed in optimizing your conversion rates. You might also need to know a bit about data analysis to be able to better monitor and analyze the outcomes that you get from your App Store Optimization efforts. Of course, having great teammates would also help!

How Does ASO Work?

App Store Optimization is an intricate process. There are various different sets of practices that all contribute to the bigger picture: growing your app.

App Store Optimization aims to grow your app by making it more visible, accessible, and intriguing.

To do so it uses methods such as App Store Keyword Optimization and Conversion Optimization.

While these two sets of practices occupy the core of App Store Optimization, in general, they are drastically different from each other yet, just like most things in the mobile app development industry, they are also intertwined with each other.

For example, your App Title is one of the most important assets to utilize, for both increasing your visibility and conversion rates.

Even before checking the App Icon, users read the title, so having a clear descriptive title that has your brand name in it while also having your most important keywords for your ranking in it is the best possible state you want to reach. Your screenshots can also make or break the deal depending on how they convert your value propositions.

That’s why App Store Optimization needs a comprehensive approach that covers both aspects.

What Does It Aim to Accomplish?

As stated before, App Store Optimization has two primary ways to reach the ultimate goal of growing your app.

So, what exactly is app visibility? Visibility basically represents how easy it is to come across your app in the app stores when a keyword that is relevant to your app is searched for.

Increasing your Visibility boils down to increasing your App Store Keyword Rankings. In other words; increase your ranking on various keywords your app is ranking for to appear at a higher spot in the search results for those keywords.

Surely, targeting the right keywords can be quite a challenging task, so you should use the right tool kit in order to make this process as streamlined as possible.

In MobileAction, there are multiple app store keyword optimization tools available to make this process easier.

One question that we frequently receive is whether to prioritize popular keywords or more relevant keywords with less search volume. In most cases, your ASO strategy should include a combination of these keywords.

While you will receive less conversion from popular keywords, long-tail keywords will allow you to target high-value users which will probably use your app for a long time.

Our Keyword Research Tool can help you discover high-user intent keywords in a second.

By using the right keywords in the right places, you can greatly increase your app’s visibility consistently as long as you keep monitoring and optimizing.

Making your app highly visible doesn’t accomplish much on its own if you can’t translate the visits to your app page into downloads. Mobile App user acquisition is one hard task to accomplish, as the competition is rough and people spend thousands of dollars just to get seen. So although visibility is important, it isn’t all there is. That’s where Conversion Optimization kicks in.

By optimizing the creatives of your app (app icon, screenshots, description, video previews, etc.) you can make your app easier on the eyes (trust us, good visuals mean interested customers!), and this way the visitors to your app page will be impressed and intrigued by your app and hopefully download it.

You might wonder among all of those ways to promote your app why App Store Optimization?

Why shouldn’t you go for the methods that bring results faster? Why should you invest so much time into a seemingly unending process of trial and error?

Well, if you want to have a successful app business and make revenue instead of constantly sinking the money you earned into ads to get more revenue, you have to do App Store Optimization to get out of a potentially vicious cycle.  Additionally, ASO is much cheaper to conduct compared to paid mobile user acquisition strategies.

That is why conducting App Store Optimization is an absolute must for all app publishers no matter their size!

Yet another reason to invest in ASO is the fact that Organic traffic is the best type of traffic an app can get as these users are usually users with high retention rates and they also have a better chance of spending money on your app. So, what’s better than a user base that keeps using your app for extended periods of time while also spending money on it? We can’t think of a better user base than that.

Additionally, having a solid ASO strategy in place will be beneficial for your paid campaigns as well. Do not forget that, the ultimate place prospects will end up is your product page. Thus having good conversion rates will increase the ROI you receive from your campaigns.

Knowing everything about the two fronts you will be fighting will allow you to be much more efficient and you will get much more out of your App Store Optimization efforts.

As the two major app stores are drastically different from each other we will have a look at them individually.

The Apple App Store is drastically different from its counterpart the Google Play Store in terms of App Store Optimization.

They differ from each other in terms of how they rank apps, how the search results appear and the store is overall much different.

So, let’s have a look at the most basic traits of the Apple App Store.

a. Categories in the App Store

Every day thousands of apps enter the market with already more than 2 million apps in the Apple App Store, having apps split into distinctive categories is quite natural.

What was further problematic than that was the fact that the subcategories under the games category were sometimes larger than other categories.

Apple found the solution to that problem in the 2 dimensional App Store which is split between Games & Apps. You can almost say that there are two different app stores with their own Top Charts and Categories.

Furthermore, when submitting an app to the App Store, you are obliged to choose a category.

Now, this is an important step as once you choose your category you will be competing with apps native to that category. It’s, therefore, very important that you really know which category is the most fitting one for your app.

You will have to choose one, from many main categories.

Keep in mind that your app should be relevant to your category. You can’t just blindly pick a category. Your relevance is determined by an algorithm.

Even though it’s called a secret sauce factor, it actually boils down to the relevance of the keywords in your keyword spot, app title, description, etc. to the category you are choosing.

b. Ranking in the App Store

The million-dollar question is that how does the Apple algorithm decide how to rank you. As there is no public information on how ranking is done we can only guess, right?

There are some points that have been revealed by tried and tested experiments. There are several factors that are definitely affecting your rankings.

In the basic understanding, your keywords and download numbers are your strongest ranking factors.

However, we should explore how keyword rankings work and which assets on your app listing page are factored into your apps’ ranking.

Let’s have a look at the factors that you have direct control over and how do they affect your rankings:

Making sure to have the best performing, tried and tested keywords in this spot is quite important.

More interestingly, when you first launch your app into the App Store, Apple gives a 7-day boost to your keyword rankings. That period is precious as it allows you to gather some traffic from those keywords which will, later on, contribute to your ranking as well. So, before launching an app, it’s quite helpful to have your keyword optimized as much as possible.

In addition to the factors you have control over, there are some other factors that also affect your ranking that you don’t have direct control over.

Google Play is, overall, a bit more complex than the App Store, especially in terms of ranking.

To rank your app, Google Play Store uses a formula close to Search Engine Optimization. Yet, it’s not identical to SEO as it’s much simpler than traditional SEO. Even though they appear similar, SEO and ASO have their differences.

a. Categories in the Play Store

Google has been quite active with the categories in the Play Store. They too have separated apps with games as the same issue was present in the Play Store as well. Games being the most crowded category.

In addition to that, Google has continuously added new categories and has changed the name of several other categories to make them more specific as some categories were a bit too generic. This, not only caused issues about competition but was an overall problem in user experience as well.

With more than 30 app categories and many games categories, you have a wider set of choices to find the appropriate category for your app.

b. Ranking in the Play Store

Just as we have limited knowledge about the Apple App Store algorithm, we know even less about how Google Play indexes keywords as there are so many different factors Google Play takes into consideration that isn’t publicly available.

As Google Play Store is a bit harder to understand and less information is available, making the most out of what we already know is extremely important.

So, let’s have a look at the factors that you have direct control over when Google takes into consideration to rank your keywords:

This means that the number of times a keyword is repeated in your description in relation to the total number of keywords in the description.

You can use our Keyword Density tool for optimizing your Google Play ASO description.

Simply, having repeated a keyword around 4-5 times is necessary to signal Google that you wish to rank for that keyword.

Don’t forget that stuffing keywords into your description won’t help. Your app will not only get rejected but also even if you manage to get past that, people won’t be inclined to download the app as it won’t make any sense to them.

Getting Started With App Store Optimization

App Store Optimization is a long process that requires a good amount of hard work.

But the results are amazing.

A well-executed App Store Optimization strategy will bring exponential growth to your app while still also being budget-friendly.

Getting started with App Store Optimization is a great leap forward for your app business.

So, how do you get started with App Store Optimization? Do you just start by finding keywords and trying them?

You should first have a look at your own app. It means nothing to analyze the market without knowing where you stand in it.

The first step of App Store Optimization, as a result, should be turning the spotlight to your own app and identifying the strong and weak parts of your app’s marketing strategy.

Without knowing where your app stands in the competition, how are you going to come up with a strategy? That’s why knowing where you stand in your category, which keywords you are ranking for the best, which keywords bring you the most traffic, and how people view your apps is absolutely vital for you to be able to have a proper App Store Optimization strategy.