What is boost campaign & how it benefits your ASO What Is Boost Campaign & How It Benefits Your ASO

As per Statista, Google Playstore is packed with about 2.79 Million apps. 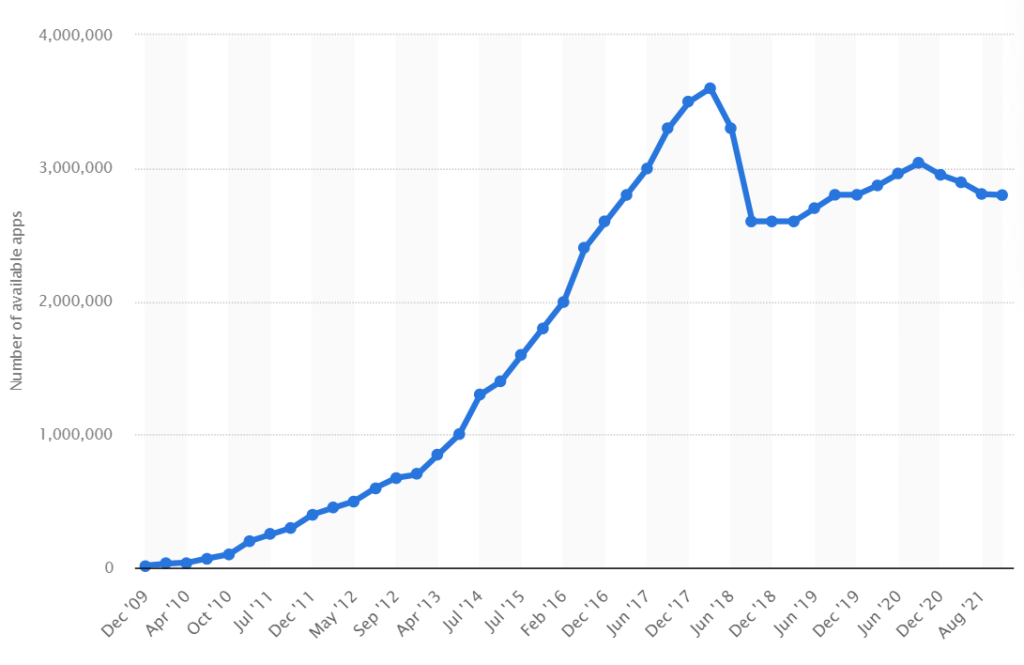 Even this graph shows that ranking your app on top can be tricky.

So in this case, boosting campaigns would be ideal. To know how it works, let’s get started.

Getting to Know About Boost Campaign

You may have seen boost campaigns as an aggressive marketing strategy.

In this type of campaign, one spends a large amount of money on pre-running ad sets.

This gives an increase in installations and conversion rates in a short period.

These campaigns usually last for 24-48 hours because the main aim of a burst campaign is to get users quickly.

Effect of Boost Campaign on ASO

With traditional ad campaigns, you have to wait for users to engage and download your app.

But in boost campaigns, you get a high number of engaging users, downloads, as well as app store rankings. 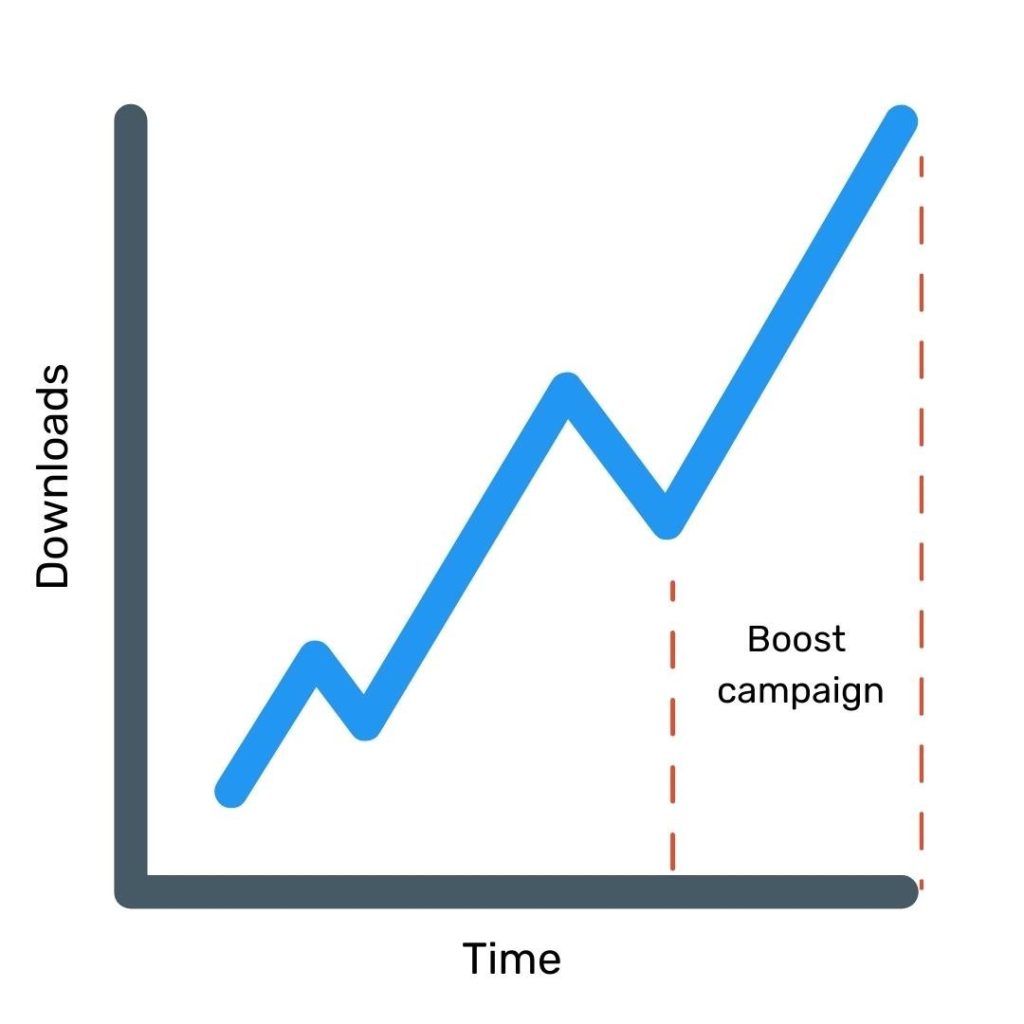 This is because the total number of downloads is one of the important factors for ranking an app on Playstore.

So when you get rankings, your organic downloads also increase.

Along with this, boost campaigns also have the power to put your app in Playstore’s top apps chart.

2 Things to Take Care of Before Starting Your Boost Campaign

Boost campaigns require a lot of investment at a rapid pace. If anything goes wrong, you might lose a huge sum.

So before you execute the plan, make it proper keeping these 2 things in mind:

1. Make Sure All the Tools & App Are Bug-Free

A boost campaign can give a lot of app downloads.

Having a single bug in your mobile app, ASO, or marketing strategy might give you a big loss.

Let’s say you’re about to run a boost campaign for your app.

This app is all about reminding users about their most important tasks.

But it never alarms them at the right time. Considering this, they’ll simply uninstall the app and look for some alternative.

#YouShouldKnow – Getting app downloads is one thing, but retaining them is another.

In other words, a tank having holes in it doesn’t deserve water.

Even great apps tend to crash with a lot of traffic. If yours does, it’s not a big deal.

Test your app in advance before something like this happens, or the campaign will be of no use.

Other than this, it might create a negative impact on your brand name.

One such example was when Electronic Arts (EA) released Anthem in 2019. 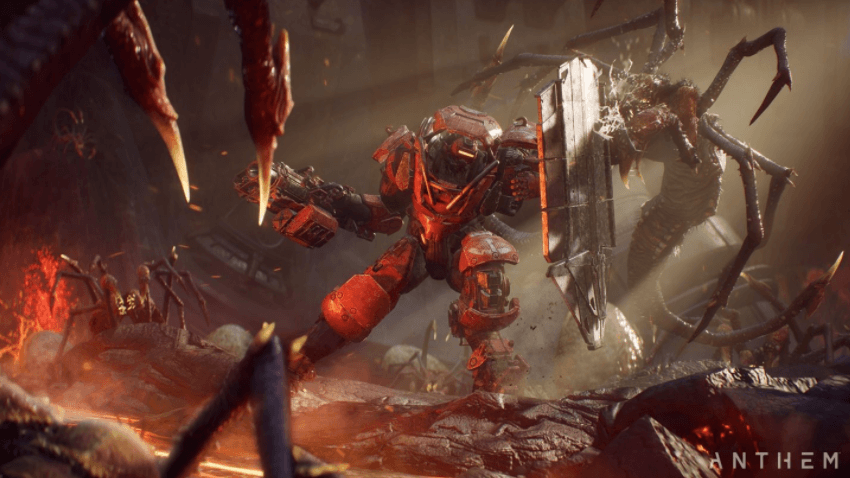 After starting the boosted campaign, the app faced connectivity issues. This made people angry and that led to a bunch of uninstallations.

The Synergy Between Boost Campaigns and ASO

Although the boosted campaign is great, integrating ASO with it delivers outstanding results.

To leverage both, you can first do the app store optimization to give your app the basic reach and downloads.

After ASO, start your boost campaign to let your app have an extra boost of 24-48 hours.

Eventually, your app will have a lot of downloads.

Seeing a tremendous increase in app downloads, Google will rank your app higher.

Here’s an example demonstrating how App Samurai boosted their client’s organic downloads by 160% after executing the CPI boost campaign. 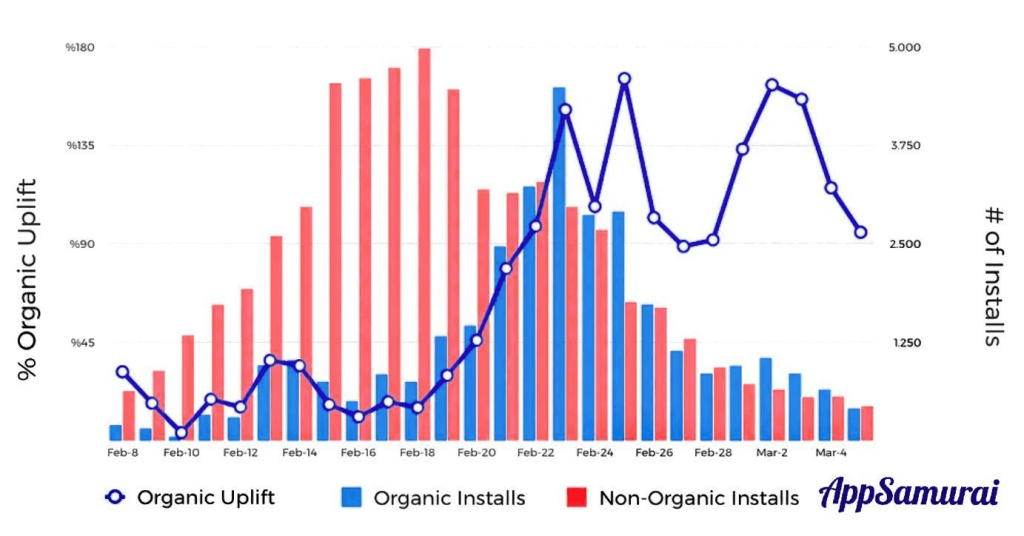 One Precaution You Must Take Before Launching A Boost Campaign

When your app is new, you might think boosting it from the start would be a great idea.

But it’s not because an old one possesses these 2 qualities:

1. Recognition Matters: Running a boost campaign for an old app is better for rankings as it’s already recognized by Google.

2. Better Functionality: A new app tends to have bugs. But, an old one is proven and tested by every type of user.

3 Tips to Make the Most Out of Boost Campaign