What Are Rewarded Ads and How Do They Benefit App Owners?

There are many ways for mobile apps to use ads for monetization, including banner ads, interstitial ads, and more. Today,  some of the most common types of ads that apps use are rewarded ads, also known as incentivized ads. These ads offer numerous benefits for app owners, advertisers, and users alike. Unlike other types of ads, rewarded ads don’t annoy users and can instead engage them in a way that keeps them from simply trying to close the ad before it plays.

If you’re considering using rewarded ads for your app, the following is a breakdown of what these ads are, their benefits, and some ways you can incorporate them into the app experience.

What Are Rewarded Ads?

Rewarded ads are in-app ads that give users the ability to freely decide when and how to view them. This means that users actually have to choose to view these ads before they’re shown. Once the user has interacted with the ad, they can then receive an in-app item, often in the form of in-app currency or a free digital item.

Generally, there are four main events in the mobile rewarded ad “funnel,” including:

The ad offers a reward to mobile app users in exchange for viewing them in full or for a certain amount of time.

The user opts-in to watch the advertisement on their own.

The user finishes viewing the ad and receives their reward.

The user is able to implement the reward and keep using the app.

Rewarded ads are most frequently used when apps use the “Freemium” revenue model. This model gives users a free version of the app that includes limited features or a large number of ads, which the user can pay to access or eliminate, respectively. Rewarded ads enable users to benefit from a free workaround to keep them from paying for the premium version of the app, providing them with rewards when they view an ad to completion.

One example of an app using rewarded ads would be a mobile game, which allows users to unlock certain items and build up the in-app currency by viewing ads in exchange for them. They may need to watch a video ad for a certain amount of time before exiting, or they may view interstitial ads between levels to continue playing. Meanwhile, an app like Spotify features interstitial ads between media to keep the app free, while enabling users to purchase the premium version to bypass ads altogether.

There are a couple of main ways to introduce rewarded ads to the in-app experience: offer walls and rewarded video ads.

What Are Offer Walls?

Offer walls consist of a list of a number of ads that an ad network puts together. App owners can then display this offer wall on a designated page within their app, allowing users to select which ads they want to watch based on the type of reward they can receive. These offer walls are usually located in an in-app shop alongside items that people can spend real money to purchase.

In addition to ads, offer walls may allow users to earn rewards in other ways. For instance, they may earn rewards for subscribing to a newsletter, taking surveys, engaging in a contest, or buying a sponsored product.

What Are Rewarded Video Ads?

These are a type of video that users can view to earn a small in-app reward. Although users can opt-in to watch them, they work somewhat differently from offer walls. Instead, an app typically prompts users to choose whether to view the video, often at critical moments within the app. 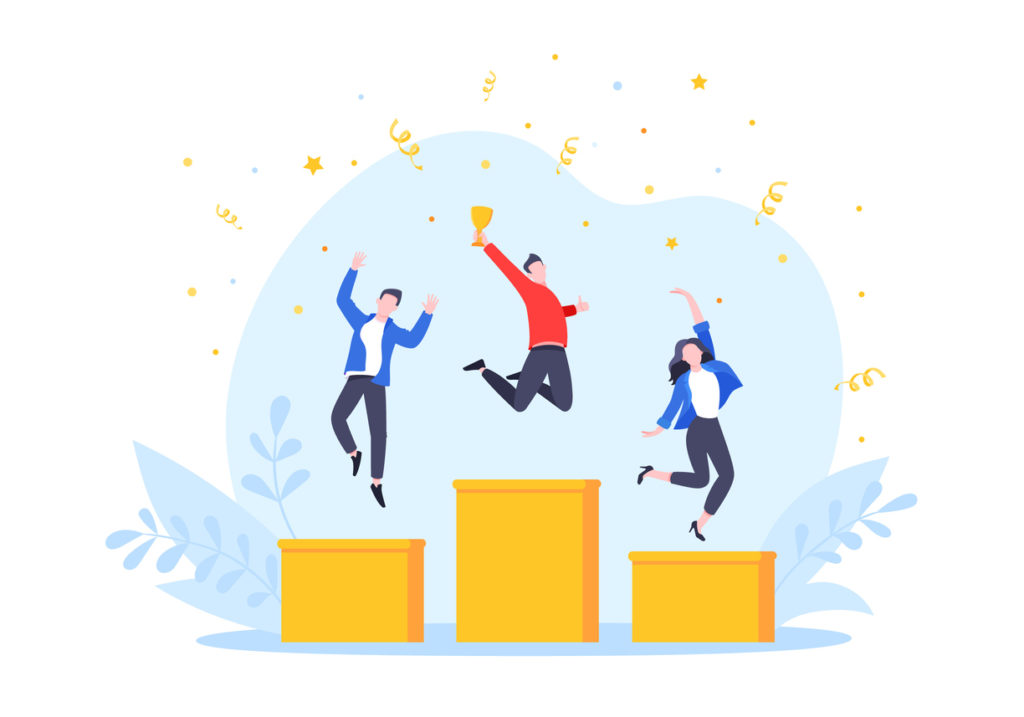 The Types of Rewards That Users Can Receive Through Rewarded Ads

Depending on the type of app and the rewards system, users can receive a variety of rewards upon viewing rewarded ads. These rewards may include:

To keep rewarded ads lucrative, the dollar amount that rewards are worth should be relatively low. App owners can determine what types of rewards they should give away based on the amount of profit they want to earn. The amount the reward is worth should also depend on the type of action that users must complete.

What Are the Benefits of Rewarded Ads?

Rewarded ads can be a great way to increase user engagement and retention. These ads can successfully monetize an app while giving users a reason to consistently engage with both these ads and their corresponding apps. Rewarded ads offer a number of advantages for users, advertisers, and app owners.

Benefits of Rewarded Ads for Users

Users enjoy rewarded ads due to the fact that they allow users to reap the benefits of being loyal app users without the need to pay real money. Instead of currency, users pay with their time to access certain in-app items and currency, which keeps them engaged. Rewarded ads also enable users to select which ads to view and when to view them, giving them more freedom compared to other traditional ad types.

The opt-in nature of rewarded ads makes them less of a risk to integrate as they drive engagement without irritating users at any point during the user experience. They can ultimately be a great replacement for other types of ads that force users to view them.

Rewarded ads offer benefits for app owners along with users. One of the main advantages of using rewarded ads for app owners is the ability to increase user session duration and retention. Rewarded ads also yield the highest ad revenues among all ad types based on effective cost per mille (eCPM), or revenue generated per 1,000 ad impressions. Specifically, the global eCPM rates for rewarded videos on iOS and Android in 2021 were $1.96 to $14.5 and $1.59 to $11.45, respectively. Meanwhile, other ad types like interstitial and banner ads failed to yield revenue above $10.

Users who receive premium content or in-app currency in small amounts via rewarded ads also learn more about the benefits of these items based on their contribution to the user experience. In turn, users are more inclined to spend more money on in-app purchases. This means that rewarded ads can encourage people to spend real currency to get the most from the in-app experience, complementing the revenue generated from rewarded ads.

Benefits of Rewarded Ads for Advertisers

Advertisers also benefit from rewarded ads due to the increased engagement they see compared to other types of ads. As a result, these ads experience a higher return on ad spend (ROAS). Users can opt-in to view these ads, and they’ll be more likely to view ads all the way to the end to receive their reward. This leads to increased brand awareness and recognition, which ultimately translates into increased conversion rates and sales. These ads also frequently repeat in certain apps, which increases recall without annoying users with ads that automatically appear on a repeat basis.

All of these advantages make implementing rewarded ads worth it in the long run. You can also use them in combination with other types of ads to drive engagement and maximize your app’s revenue, but the key is to be strategic about ad frequency and placement. 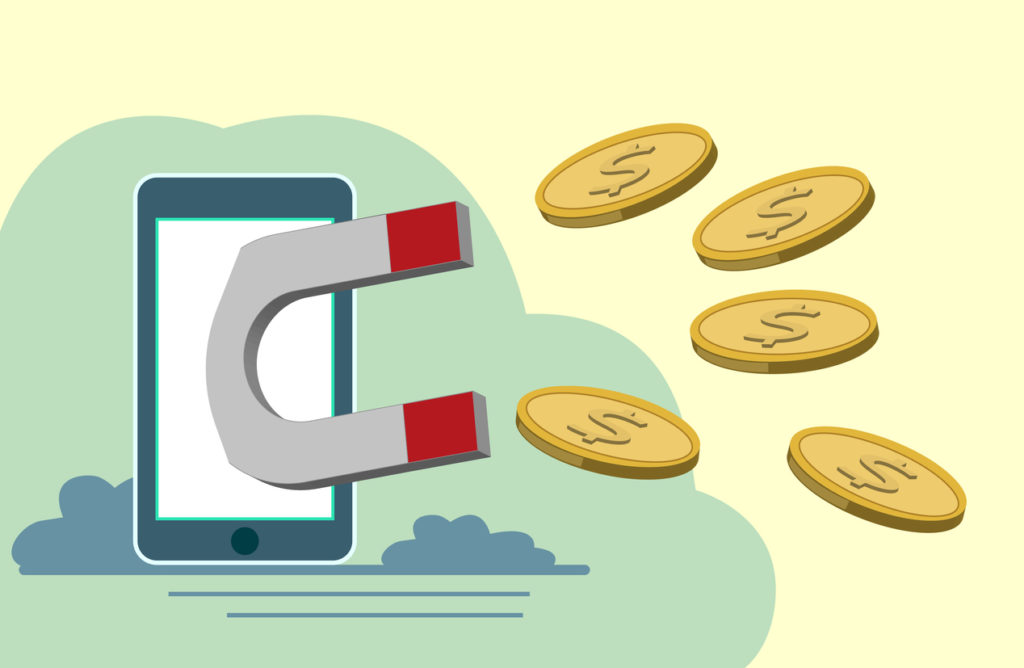 How to Get the Most From Rewarded Ads

To experience the benefits of rewarded ads, you need to take certain steps to make sure they’re properly implemented. The following are some of the ways to get the most from these ads and increase revenue.

The placement of your rewarded ads shouldn’t negatively impact the user experience. To determine the best placement for your ads, think about what your users want to see and consider what might be disruptive to them. For instance, you may want to avoid prompting users to view an ad as they’re about to experience a critical moment in your app, which might serve to annoy them. Placing them between these moments and other locations that make them less intrusive will encourage more people to engage with them.

Oftentimes, the best way to introduce rewarded ads is through an offer wall or on your app’s home screen. This would enable users to freely explore the app and choose when to view ads to receive rewards.

Generally, your ads should work with your app’s user flow to allow for a more seamless experience. Users don’t want unexpected surprises when using an app.

Select the Right Type of Ad

Depending on the type of experience you want to give to users, you can use a couple of different types of rewarded video ads. One type is a plain video ad that plays through to completion, giving users the ability to skip it after a certain length of time has passed or requiring them to watch the full ad. Meanwhile, interactive playable ads engage users by giving them a minigame to play while viewing the ad, enabling them to download the app after trying it.

Before launching your rewarded ad campaigns, you can always test them to see what ads and rewards yield the best results. For instance, you may want to try two different rewards with an app to see which reward gets people to opt into the ad most often and drive monetization. You may also want to try different ads and ad networks to determine which ads get users to watch the ad to completion and secure their reward. Additionally, test ad placement to find out which placements encourage more opt-ins.

While you can make the rewards you offer clear to users, you may also want to try offering mystery rewards in some cases. As an example, a mobile game might allow users to view a rewarded ad in exchange for a free treasure chest that contains unknown contents, which could add an exciting element of surprise to the user experience. The best way to drive engagement with these mystery rewards is to mix small and large rewards, as people will be inclined to keep opting into ads if they know there’s a chance to earn big, even if most rewards are smaller.

Get the Results You Want From Your App with Rewarded Ads

When used the right way, you’ll be able to get great results by implementing rewarded ads, whether you incorporate them into a dedicated offer wall or use them throughout the app experience. If you want to get the most from these ads and successfully monetize your app, consider using a mobile growth platform like AppSamurai. This tool will enable you to keep track of your app’s performance and connect with prospective and existing users. In turn, you’ll be able to maximize your app’s engagement and profitability on a long-term basis.